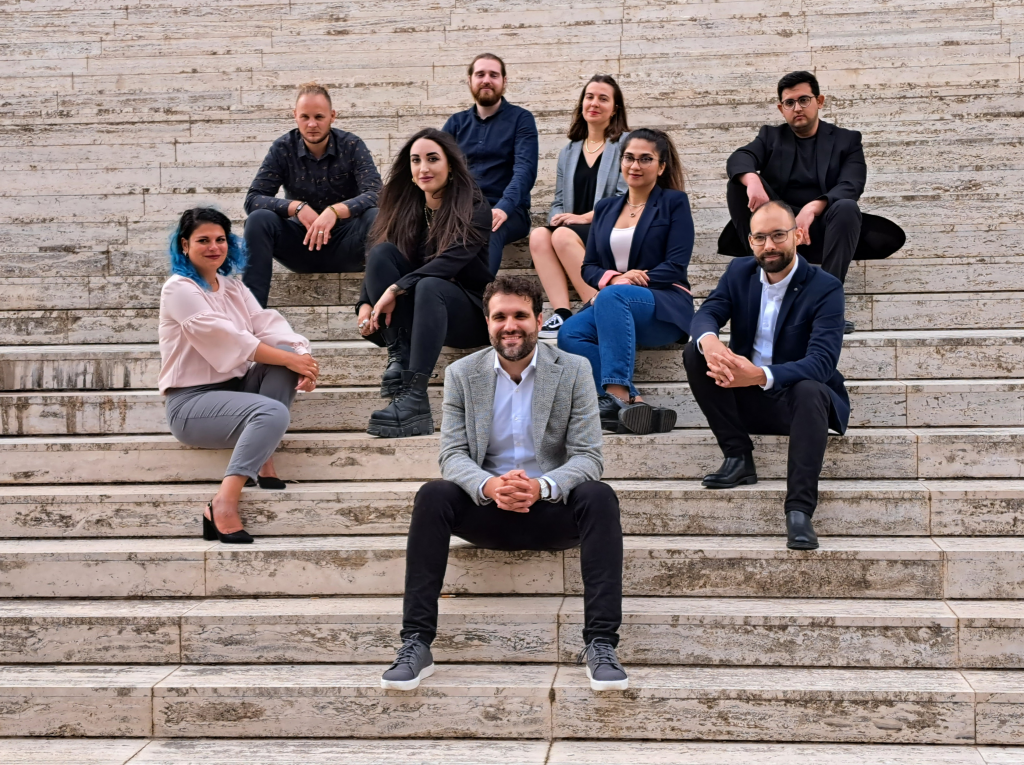 5 years of WindsorPatania Architects – Where we started

In September 2022, WindsorPatania Architects marks its five-year anniversary. It’s the perfect opportunity to reflect on how our journey began and to introduce ourselves to you.

In 2013, Giovanni Patania graduated from Ferrara University of Architecture, in Italy, and came to the UK to soar to new heights. He had a suitcase filled with paper-printed portfolios, a list of top studios he wanted to work for, and a strong will to succeed. His enthusiasm paid off, and soon after he was invited to join the prestigious architectural firm Foster+Partners in London.

Giovanni moved to the UK in November 2013 and started working on the Apple flagship stores’ design at Foster+Partners right away. By 2016, Giovanni was the lead architect of the Apple store on the Champs-Élysées in Paris, an incredibly complex and exciting project.

While going from strength to strength at Foster+Partners, Giovanni also started to explore      the London business community, getting in touch with his entrepreneurial side. After having      attended numerous professional events, Giovanni started his own networking event for property developers in 2015 in Holborn (London) called “Holborn Property Meet”.

Giovanni says, “We started off in a pub with 6 people, then 24. After I got a partner, the event expanded and we brought it to another level, attracting over 80 people at its height.”

Giovanni, at this point starting to look for opportunities for the next stage in his career, continued to organize as well as attend events, including The LEA Excellence Awards in Property 2016 event at the Savoy Hotel at the Strand, London, where he met Ryan Windsor.

In 2013, the same year that Giovanni graduated as Architect, Ryan Windsor graduated in Entrepreneurship at Cambridge Judge Business School, University of Cambridge. Ryan had been combining his studies with progressing entrepreneurial ventures, including expanding his property investment portfolio which he had started to build when he was only 17.

After his studies, Ryan focused his efforts on a portfolio of activities, including expanding his property business, lecturing business as West Suffolk College, and mentoring young real estate investors.

On the look-out for further opportunities to put to work his entrepreneurial mindset, Ryan attended networking and professional events and became a member of training company Legacy Education Alliance (LEA) – specialising in property investment and development.

In 2016, Ryan was awarded the “The People Award” for outstanding performances in mentoring people and helping them achieve tangible results in property investments at The LEA Excellence Awards in Property 2016 event at the Savoy Hotel at the Strand, London.

After giving his acceptance speech in front of more than 400 people at Savoy Hotel, Ryan Windsor went to the foyer to get some fresh air and bumped into Giovanni Patania. They started talking and were amused by each other’s experiences and successes.

In Ryan’s words, “There was mutual respect right away. We were among the youngest in the room and rather humble about our background and successes, especially Giovanni whojust brushed over the fact that he designed Apple stores and didn’t make a big deal out of it. But of course his story sparked my attention.”

After the award ceremony, Ryan and Giovanni kept in touch. Ryan asked Giovanni for his opinion on properties he was interested in. Giovanni invited Ryan to speak at his networking event. A definite bonding moment was when Giovanni fell through the floor of a loft he was inspecting for Ryan as a potential investment. It’s a moment along their joint journey that neither of them will easily forget.

In 2017, a few months after Giovanni’s disastrous loft inspection, Ryan was contemplating opportunities ahead of him, at this point keen to leave his lecturing job behind in favor of setting up another business. Thinking in that very moment about the burgeoning affinity with Giovanni, he texted a very simple message:  “Shall we start an architectural practice?” Giovanni, receiving this message on his way to work, waiting at the bus in Vauxhall, simply answered      “Yes.”

Half a year later, Ryan and Giovanni were celebrating their first project together, massively undercharged at the time, yet highly rewarding.

– What were the First Challenges? –

What’s in a name?

When we started to get our first projects, it became clear quickly that we needed a name for       the company. Despite seeming simple, this definitely was our first challenge. Time was passing; we had more and more clients and worked with no name, no website, and no business cards. In September 2017, after numerous brainstorm sessions, we registered the company called Windsor&Patania. A combination of our last names, simple and sound.

Remote from the start

From the beginning, our goal was not to restrict ourselves to one location, so we became national from the start. This was only possible through remote working which in turn allowed us to hire a multicultural team, reflecting our core values of diversity and creative and flexible working.

Ryan says, “Giovanni and I faced different challenges at the start. My main challenge was to find clients and bring in business. Giovanni’s initial challenge was more logistical as he was moving across the UK to check every property we worked on, from London to Liverpool.”

Giovanni states, “One of the biggest challenges for me was to learn how to run a business, and change from an employee’s to an employer’s mindset. I had to go through a massive metamorphosis. I’m glad that I have Ryan by my side, helping me along the way.”

Learning from each other

Ryan affirms, “One of the strengths of our company is that we’re so complementary. I’m responsible for sales and ideas generation, thinking about the big picture, while Giovanni is an amazing architect, great at systemizing and implementing our best ideas.”

– What are the main milestones of the past 5 years? –

From HMO conversions to XR-lab

Giovanni Patania says, “As we have been building up the practice, many projects at this stage are establishing new standards for us in terms of design, knowledge or documentation. Each new typology teaches us something and marks a new step in our professional development. We started with small 3 to 6 bed HMO conversions and learned a lot from those projects initially. During the Mill Road project, we expanded our expertise in fire regulations and mix-use developments. The XR-Lab and Eden House are yet another level of projects in our journey, allowing us to integrate design ideas for the digital and green transition into our work.”

Vision of a sustainable future

Giovanni continues: “I strongly believe in the power of setting out a clear vision.” In September 2021, having meanwhile expanded the practice to nine people, the team worked on a vision for WindsorPatania at our first team retreat in Siena. One of the central elements of that vision was to work on sustainable luxury residential projects, at the time with little prospect of landing such a project. Yet in December, just two months later, WindsorPatania Architects secured a project remarkably close to what had been set-out in its first vision. Giovanni adds: “It’s really curious, what happened with the Eden House project.”

Ryan Windsor says,“As for me, having a great team who are passionate about the practice as much as we are is the main milestone of WindsorPatania Architects. I’m incredibly proud of the team we have recruited and developed over the past five years.

At our first team workshop in Siena, Giovanni and I were in some ways astonished. Most of the time, as a remote-based company, we don’t meet our team members. Physically being there and seeing the team, and developing a vision together, while knowing that we started all this from the scratch; it was just fantastic.”

Giovanni declares, “To develop our knowledge in sustainability and become leaders in sustainable design are our two main targets for the next 5 years.”

Ryan continues,“I’d like the practice to continue to grow and have at least 50 staff members, further expanding our amazing team. It would be great to be able to take projects in other countries, such as Italy or the USA. To work more on private residential projects would be great as well as we love transforming a house into a home. And it would be interesting to make more partnerships on our own investments and developments so those too can grow in size – I’d love to reach a point where we can develop a skyscraper or an arcology, of course incorporating our sustainable design principles.” 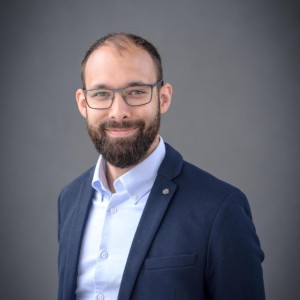 (Development Direct, Co-Founder at WindsorPatania Architects) Ryan Windsor is a property developer and entrepreneur who has invested in the industry for 15 years. Graduated from Cambridge University Judge Business School, currently advising on large capital projects and consulting over 730 projects. Ryan is passionate about social entrepreneurship, mentoring, and founding adviser for multiple start-ups. His experience gives him the expertise to guide you through your development journey. 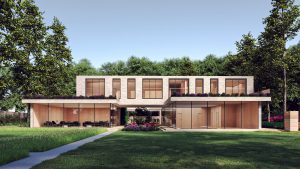 Sustainable architecture seeks to minimise the negative environmental and social impact on the built environment. And as architects, we combine strategic design methods, materials and technology to develop projects that have a positive impact on the surrounding ecosystem and do not jeopardise the health of the inhabitants. 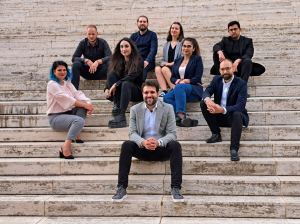 5 years of WindsorPatania Architects – Where we started

Normally people assign only one role to outdoor living as a lounge place; however, it’s much more than that. Outdoor living space can be a home office, a dining room, a workshop, and more. But it’s important to remember that outdoor space is… 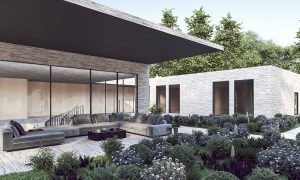 5 Tips On How To Merge Indoor And Outdoor Living Spaces

Normally people assign only one role to outdoor living as a lounge place; however, it’s much more than that. Outdoor living space can be a home office, a dining room, a workshop, and more. But it’s important to remember that outdoor space is…

We use cookies on our website to give you the most relevant experience by remembering your preferences and repeat visits. By clicking “ACCEPT ALL”, you consent to the use of ALL the cookies. However, you may visit "Cookie Settings" to provide a controlled consent.
Cookie SettingsREJECT ALLACCEPT ALL
Manage consent

This website uses cookies to improve your experience while you navigate through the website. Out of these, the cookies that are categorized as necessary are stored on your browser as they are essential for the working of basic functionalities of the website. We also use third-party cookies that help us analyze and understand how you use this website. These cookies will be stored in your browser only with your consent. You also have the option to opt-out of these cookies. But opting out of some of these cookies may affect your browsing experience.
Necessary Always Enabled
Necessary cookies are absolutely essential for the website to function properly. These cookies ensure basic functionalities and security features of the website, anonymously.
Functional
Functional cookies help to perform certain functionalities like sharing the content of the website on social media platforms, collect feedbacks, and other third-party features.
Performance
Performance cookies are used to understand and analyze the key performance indexes of the website which helps in delivering a better user experience for the visitors.
Analytics
Analytical cookies are used to understand how visitors interact with the website. These cookies help provide information on metrics the number of visitors, bounce rate, traffic source, etc.
Advertisement
Advertisement cookies are used to provide visitors with relevant ads and marketing campaigns. These cookies track visitors across websites and collect information to provide customized ads.
Others
Other uncategorized cookies are those that are being analyzed and have not been classified into a category as yet.
SAVE & ACCEPT